Changing the future for those most vulnerable

Over the past few months the UK Aid Direct team has made several trips to visit our in-country partners. We’ve seen first-hand the impact UK aid funded work is having on the poorest and most vulnerable people in the world. We wanted to share some of our journey with you….

In the rural areas of Nepal human trafficking is a common occurrence. There is little opportunity of employment, and only a small chance people will be able to work themselves out of poverty.

So, when families are offered a chance to send a family member to India or the Gulf States, with the prospect of a better future they are quite easily convinced. They are told they will be able to send home money to support their family and ultimately improve all their lives. Sadly, this is often a lie and the beginning of a dark future where people are taken and used as slaves or sold into the sex trade. Sometimes the traffickers keep in touch with families to give the impression the person who left is fine, this way the family doesn’t come looking for them. 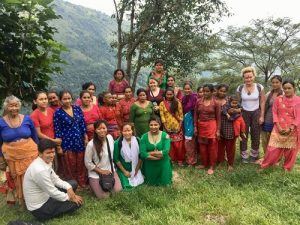 Impact grant holders, ChildHope UK (link to charity’s website, opens in a new window) and in-country partner Shakti Samuha are working to reduce human trafficking. Shakti Samuha, based in Nepal, is the first organisation in the world set up by people who were themselves once trafficked into slavery. They know first hand what can happen and how better to warn people of the dangers.

The ‘social mobilisers’ who work in the project, travel around the rural communities of Nepal. They work with community groups, women’s groups, youth groups and others, to talk to them about their experiences and raise awareness of the dangers. They also act as neighbourhood watch reporting any suspicious activity to the police.

Alongside this speaking to the community, the youth volunteers help get children back to school to make sure they have the prospect of a brighter future – a prospect which reduces the chance they will fall into hands of traffickers.

There are children in Tanzania who have no rights, they have run away and have no place to go. They live on the street.

With an Impact grant, Railway Children (link to charity’s website, opens in a new window) is working both directly with these children and with the Tanzanian Government to help improve life for this vulnerable group of young people.

They have put in place a re-integration project to help the children re-connect with their families and move home. They don’t just return the children to their family but work with the child and the parents to address why they ran away, trying to overcome the cause of the problem. Offering therapy sessions often helps. 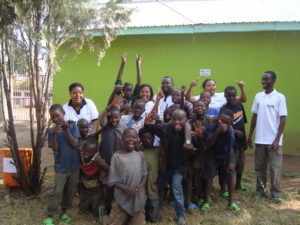 The organisation also provides facilities where children without a home can come to eat, wash, learn and have a private place to lock away their valuables.

Anne Liedloff, Grants Officer for UK Aid Direct, met those involved first hand: “I went with staff to visit one of the children who had returned home. Three staff attended the visit so that they could give both the child and mother time to talk privately, whilst the third member of staff looked after her mother’s baby. Such care and consideration were taken to the personal needs of the family.”

Railway Children is also working with the Tanzanian Government to help them to recognise and find ways to implement the UN general comment on the rights of street children. This comment says children living on the street have rights, but it isn’t yet fully recognised by the Tanzania Government. 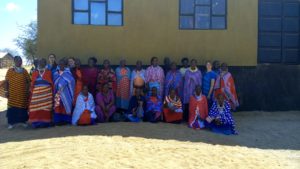 In a Masai village in Tanzania women have come together to create their own community banking scheme with the support of Community Partnership grant holders’ African Initiatives, who are running several projects in the region.

With strong support from village leaders, these 24 women set up the scheme to create greater independence for the women of their community. They all pay into the scheme on a regular basis to help build up a pot of money. They want to eventually provide small loans to other women in their community so that they can set up their own businesses.

The fund is also there to support urgent social needs. One mother recently had to take her child to the next town for hospital treatment but did not have money to pay for the trip. The group provided financial support to cover the costs.

These are just a few examples of UK Aid Direct projects that are reaching people across the globe.